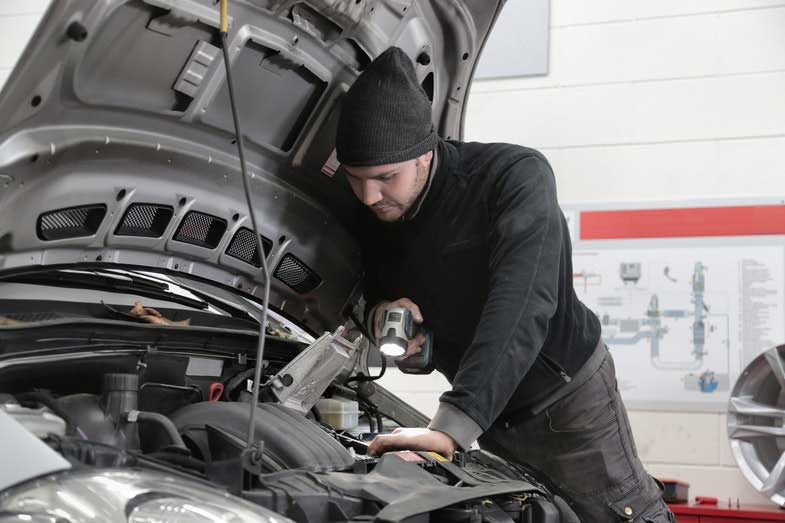 Ignition-Off Draw (IOD) is a normal circumstance where power drains from a car’s battery while the ignition switch is off. Vehicles that have not operated for 20 days or more will experience heavy battery drainage. Before storing a vehicle, remove the IOD fuse to reduce discharge. But where is the IOD fuse located?

The Ignition-Off Draw (IOD) fuse is located in the Total Integrated Power Module (TIPM), usually found near the battery in the engine compartment. Depending on your vehicle model, it may elsewhere, such as below the steering wheel or dashboard.

This article provides a complete guide on the IOD fuse, including its location in different vehicle types. It also covers its functions, how to remove and replace it, and tests you can perform.

What Is the IOD Fuse?

The IOD fuse is a device used to prevent battery discharge while the vehicle is not in use. It’s beneficial when shipping or for long-term storage. The IOD fuse provides overcurrent protection of electrical circuits that goes through it. A protective clip encases the fuse, which a vehicle owner can pull up to break the circuit. It is a sacrificial device as it melts or gets burnt when too much current flows through it.

The IOD fuse may disconnect from the TIPM to reduce the normal drainage of a vehicle’s battery depletion. Disconnection is most common during transportation and pre-delivery storage. Dealer personnel must reconnect the IOD fuse once the car is ready for delivery to restore its full electrical system operation. It is important to note that disconnecting the IOD fuse will not eliminate IOD, but only reduce or slow it down. Should an owner disconnect the battery’s negative cable to stop normal IOD, the battery should still be tested and recharged at regular intervals to prevent it from becoming damaged.

Where Is the IOD Fuse Located?

The Jeep Grand Cherokee has three fuse boxes. Lehew Tech goes through each, including their location:

Indications of a Bad IOD Fuse

When the IOD fuse blows, it usually produces problematic symptoms and alerts the driver of a potential issue.

Systems Affected by a Blown Fuse:

These symptoms would usually hint of a blown IOD fuse. But to be sure, do the following steps:

Take note of known problematic cars like Dodge Grand Caravans and 1st generation Jeeps with the old wireless control module spike issue. For Jeeps, the battery drain happens when the security system goes through a panic attack, or if the (WCM) metal key blade gets static electricity buildup and fails to read the transponder. A 2008 TSB instructed Jeep owners to do an IOD fuse disconnect for 10 seconds. If this step failed, the technician was to replace the WCM. These vehicles may show symptoms similar to a blown IOD fuse, so it is best to eliminate all other possible reasons before concluding that the IOD is the cause.

This video by adventureoflinkmk2 shows how to spot a blown fuse on a 2006 Dodge Grand Caravan SXT:

For vehicles with or without electronic automatic transmission, load-leveling suspension, or alarm systems, test for higher amperage IOD to prevent damage to most milliamp meters. Use a standard 12-volt test light and a milliamp meter equipped with two leads that can handle up to 2 amps. Once you have the equipment you need, perform the following:

Regardless of the result of both high and low amperage IOD tests, note the following:

How to Remove the IOD Fuse

Getting the IOD fuse out of its clip can be a bit tricky. Start by removing the housing top to the air filter. To do this, disengage the clips on the left and the right front sides and the screw that holds the retaining ring. Using a tiny, thin, or curved-tip screwdriver, pry the tabs on the left side of the opening (the plastic hinges on the right) to allow access to the fuse.

Pull the fuse with small pliers and make sure not to get the low-profile fuses. Replace a new IOD fuse in the casing, put the small plastic carrier back on, and close the top of the clip. Reinsert the IOD into the fuse box by pushing the larger plastic casing back into its original position symmetrically (if not done correctly, you will feel two detents as each side of the fuse holder snaps past the pre-hold position). Then, check that all accessories and functions are back in working condition. And voila! You have successfully replaced your blown IOD fuse.

Conclusion – Where Is the IOD Fuse Located?

The IOD fuse is located in the vehicle’s engine compartment. It could be on either side of the dashboard or instrument panel, under the hood, or below the steering wheel. Refer to your vehicle’s fuse box diagram or this guide when locating or replacing the IOD fuse.