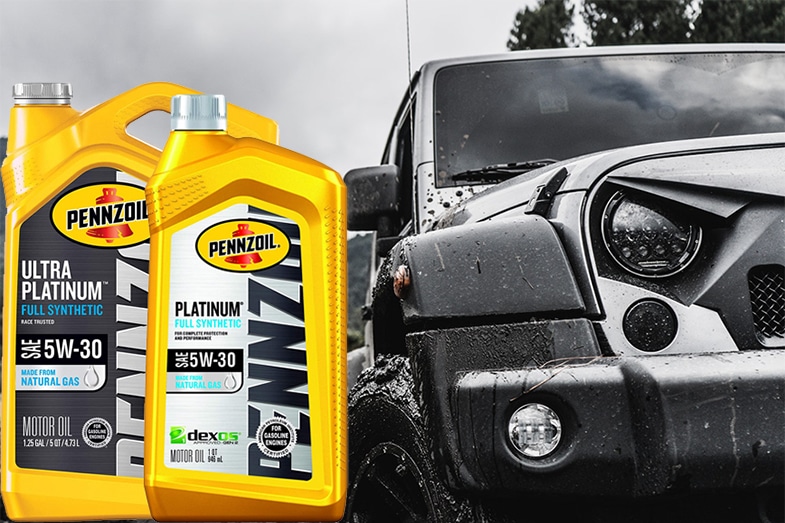 One of the best ways to ensure your vehicle runs smoothly is by using the correct type of motor oil compatible with its engine. Most experts recommend synthetic oil since they have fewer impurities and can withstand higher temperature levels than regular oil. Pennzoil is among the brands that promise maximum performance and protection for your car, and you can choose between Pennzoil Platinum vs Ultra Platinum full synthetic motor oils.

But, what’s the difference between Pennzoil Platinum vs Ultra Platinum motor oils? Being both synthetic oils and having the same primary oil base, they aren’t as different as one would expect. They only differ in the number of varieties, engine compatibility, and how well they keep the engine clean.

To have a good look at the quality of both oil products by Pennzoil, let’s talk about how they’re made, how well they perform, what industry standards they meet, and more. Then, let’s discuss their minor differences to see which is better or if one is even better than the other. That way, you can have a more informed purchasing decision when you plan to shift to using any of the two Pennzoil synthetic oils.

Pennzoil is a company established in 1913 and has long been one of the most popular brands for vehicle lubricants. Not only that, but they also offer oil change services and assistance to their customers. Additionally, they were the first in the industry to produce synthetic oil from natural oil.

If that’s not enough, each purchase of one of their motor oils comes with a transferable Pennzoil Lubrication Limited Warranty that comes with multiple perks. Of course, there are certain requirements that you need to meet, such as compliance with car manufacturer’s guidelines. On that note, if you qualify, enrolling in the two available options, 10 and 15 years, would be easy.

How Are Pennzoil Oils Produced?

The base oil used by Pennzoil in manufacturing their motor oil variants was converted from gas to liquid through their patented PurePlus technology. The final product is clear and contains fewer impurities than most synthetic and traditional motor oils in the market.

Once the base oil has been produced, the company adds a few different additives to make several varieties, including the Platinum and Ultra Platinum. These additives are one of the things that give them specific features.

How Well Do the Platinum and Ultra Platinum Oils Perform?

That’s why when you use or switch to any of these oils for the first time, you would immediately notice the ease in starting your vehicle’s engine. You also won’t have any crank or dry issues that are common with most regular motor oils. When you start driving your car, you’ll also find that the engine runs smoothly, plus, you’ll have better control.

What Industry Standards Do These Oils Meet?

Like any product, several approving bodies are around to ensure that motor lubricants sold in the market meet specific standards. This not only ensures your car engine doesn’t get damaged as quickly as expected but also for your own safety as a driver. In fact, even environmental concerns are taken into consideration.

When it comes to Pennzoil Ultra Platinum vs Platinum Motor Oil standards, most types under each variant meet ACEA, API, and ILSAC for engine cleansing and protection requirements. Here’s a detailed look at the specifications for your guidance:

What Group Is Pennzoil Ultra Platinum and Platinum?

Each type of oil used today are categorized by the American Petroleum Institute (API) into five different groups, namely:

This categorization is based on the base oil’s sulfur and saturates composition levels and viscosity indexes. For Pennzoil oils, both Platinum and Ultra Platinum belongs to the Group III category.

These are motor oil products containing a combination of 90% or more saturates and 0.03% or less sulfur. They also have a viscosity level of 120 or more. Being mineral-based, the Platinum and Ultra Platinum are not completely synthetic. However, they undergo further and longer refinement process through exposure to high heat and pressure. That gives them a quality comparable to authentic synthetic oils; thus, the full synthetic label.

How Many Miles Does Pennzoil Ultra Platinum Last?

Hence, you expect better fuel efficiency. Pennzoil claims that these oils will give 550 miles more than what you get from other motor oil brands, lowering maintenance costs and change-oil frequency. Specifically, the change interval is usually between 5,000 and 10,000 miles.

Although they have similarities because they have the same base oil, the Pennzoil Ultra and Platinum have slight differences in terms of:

Let’s discuss each of them in detail to compare the Platinum and Ultra Platinum varieties better and ensure you choose the right one for your car engine and needs.

Variety Based on Viscosity

That said, they have a slight difference in performance that makes one better for a particular car variant and the other for another car type.

With the Platinum oil, you won’t have to worry about premature combustion and low-speed pre-ignition that will otherwise lead to a noisy engine or premature engine failure. As such, it’s best used in modern turbocharged car engines, as well as old diesel engines.

Similar to the Platinum Motor Oil, the Ultra Platinum variant is also compatible with new and old car models. However, it provides your vehicle “extreme” performance and maintains the engine’s horsepower and torque, making it ideal for high-performing cars like sports cars and luxury vehicles. The Ultra Platinum can also work well with diesel and petrol engines.

In terms of engine cleanliness, when you use Pennzoil Ultra Platinum vs Platinum oil, both can protect your engine from sludge better than most brands at the same price point. That’s because they won’t lose their consistency even in extreme weather conditions, reducing any oil buildup. That said, the degree of how clean the engine pistons will be different for each.

Can You Mix Synthetic Motor Oils?

Mixing motor oils, conventional with synthetic oil varieties, one brand with another brand, and different varieties from the same brand are becoming a common practice. Some do this to save them from spending on a new bottle of motor oil when they still have bottles with a small amount of oil.

However, most experts do not recommend doing so since it will lower the oil’s performance efficiency and shorten its lifespan. Each oil has been formulated using different base oils and additives that can interact with each other, affecting the right balance of ingredients needed to provide the benefits expected from them.

Can You Mix Mobil 1 With Pennzoil Platinum?

Established in 1999, Mobil 1 is another popular and reliable brand specializing in car lubricants, so it’s not surprising for you to have one of their synthetic oils in your arsenal. The good news is that you can mix Pennzoil Platinum with Mobil 1 Advanced Full Synthetic Motor Oil (view on Amazon), as long as they have the same viscosity.

Can You Mix Pennzoil Platinum and Ultra Platinum?

Still, it’s better to use one type of motor oil only, so it’s better to stock up on motor oil. Fortunately, Pennzoil offers both their Ultra Platinum Full Synthetic 5W-30 Motor Oil (view on Amazon) and Platinum Full Synthetic Motor Oil 5W-30 (view on Amazon) in a case containing six one-quart bottles of the specific oil. Thus, you won’t have to worry about what oil to put in your car’s engine when they get out of stock. You’re also assured they won’t get stale or exposed to open air since they come in small, resealable bottles.

Coming from an established, reliable brand known for its innovation when it comes to improving its products, overall, nothing is better when you compare Pennzoil Ultra Platinum vs Pennzoil Platinum. They belong to the same oil group, have a similar base oil processed carefully at a certain level of purity, protect your car engine, meet several standards, and compatible with multiple car engines.

What makes them different is the word “Ultra” which indicates the Pennzoil Ultra Platinum has an additive that improves engine performance and cleanliness at a higher level or race-level protection and performance. As such, it’s perfect for cars that you use for racing and other adventures that need high torque and horsepower. Expect it to be pricier than the Platinum Oil, though. Whereas, Pennzoil Platinum is the motor oil of choice for daily-use vehicles.

Ultimately, you have to evaluate your specific needs and the type of vehicle you own to determine which works best for you. Likewise, make sure you know the differences between oil viscosities so that you won’t end up purchasing the wrong one. Lastly, remember that motor oil won’t be enough to maintain your car’s good performance. You must also make sure your vehicle is maintained regularly.